List of Kontakt libraries that do not have a serial number? 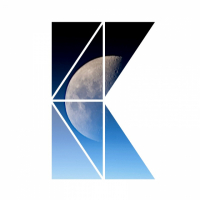 August 24 in Other Spitfire Audio Products

I've searched the forum for an answer to this but didn't come up with anything, so hopefully someone can help.

As per the title, is there a list of Spitfire's Kontakt libraries that do not have a serial number and therefore aren't added to Kontakt's Libraries list?

It's a little frustrating having paid so much for libraries that end up getting forgotten about because they're hidden away in a folder somewhere on my drive. Doesn't help that there doesn't appear to be any consistent naming convention for Spitfire libraries, especially in a folder full of libraries from other companies as well.

I'm adding them to Kontakt's Quick-Load list but it's a bit of an onerous task and like detective work trying to compare my Serials list with my Orders list, so I'm bound to end up missing one of the libraries, so a full list would be a useful reference.

Spitfire team, if you're reading this; you sell premium quality products at premium prices - please, please, please either issue serial numbers for all your libraries (I appreciate there's a cost but it's what your competitors do) or relaunch those libraries in your Spitfire Dedicated Plugin (which frankly I prefer to Kontakt anyway). The Orchestral Grand, for instance, could make a great Originals product, and I'd be happy to own both. Personally I'd be happy to pay a nominal charge for the convenience of actually having those libraries to hand when I need them.