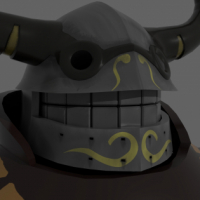 September 23 in Recording and Mixing

I think it was last year that I discovered this reconstruction of the uncompleted and shelved Led Zeppelin track and 1974 project, Swan Song, originally intended for the Physical Graffiti album which was released in 1975. I catch myself humming parts of this song on occasion. I love the composition and arrangement a great deal. The sound of the reconstruction has a very unusual quality that I have just about never heard elsewhere. I want this to be an open discussion about various methods for creating lo-fi effects whether that's to replicate analogue or digital effects and artifacts.

A little background on the reconstructed track

The reconstruction uses the 5 min professional recording as well as the studio demo session during which ideas were likely being hashed out by Jimmy Page. In order for this to have been made, the recordings were likely digitally adjusted to sync tempo and that may have involved some form of pitch adjustment to correct for time stretch depending on the method used. The reference used to develop the full arrangement was Midnight Moonlight by The Firm, Jimmy Page's band for a brief period after Led Zeppelin disbanded.

Why I love the sound

Given my influences, a number of these still contain the character of old tape recordings. Beyond the composition, arrangement, instrumentation, and lyrical content, the production and sonic character is a factor that plays into my enjoyment of the music. The older recordings ranging from the late 30s to the late 50s have a somewhat lo-fi sound by virtue of the recording methods and technology. Regarding some of the modern influences, they have some lo-fi components as well, whether they involve the hazy and nostalgic demo tape quality of Pink Guy/Joji's piano parts like on Ramen King and Normal People respectively, the vinyl wooliness of Caravan Palace's brass and wood wind sections like on Black Betty, Kero Kero Bonito's glitchy effects on Only Acting, 100 gecs' absolutely messy digital s***storm on probably half or more of their songs, or King Gizzard and the Lizard Wizard's array of cellphones used to record their early work.

I really love the lo-fi sound of the Swan Song reconstruction. It really has a rather unusual sound to it. It has some of the very warm and worn tape character on the Mellotron strings and the rest of the recording itself. However, there seems to be something else present on the track which probably comes from how the audio clips were stretched.

I don't know much about how that actually works but it seems to me that the system that is employed to stretch the clip might involve chopping it into smaller bits and repeating those bits however many times to fill a longer span of time. This to me seems like it would be plausible because YouTube uses a system that definitely sounds like this for when you set the playback speed to be slower than 1:1 playback to source. The difference is that YT's slow playback sounds slightly choppier/grainier because I'm guessing that it does exactly as was just described, and nothing more; nothing less. By contrast, Swan Song sounds smoother but still has that unusual character of repeated snippets. I could imagine there being a crossfade between each clipping of sound to make it smoother.

I'd imagine that by this method, the closer you get the snippets to being of infinitesimal duration (d/dt as a quantity of time for those of you who like my favorite math, calculus), the higher the maximum frequency of the spectrum that is then modulated as you stretch the sample.

My question and invitation to discussion

Anyway, I'm wondering if anyone knows how this actually works to stretch the audio clip. Additionally, if anyone can tell me any of their other observations of the song that can point to why the audio sounds the way it does, please let me know. I really want to be able to reproduce this sound. I'd also love to be able to do so in a way that does not alter the duration of a sound clip that is being altered if somehow possible.

I have some ideas as to how to approach developing code for an effect VST that does some chopping based manipulation of the input given my brief experience with coding. If anyone has any experience coding and developing VSTs I'd love to talk about the algorithm that I envision.

Please feel free to share various examples of interesting effects that you have observed or even created yourself on various recordings and productions. If you know how it was done, have any speculation, have replicated it, or have created a unique approximation, sharing that would be much appreciated.