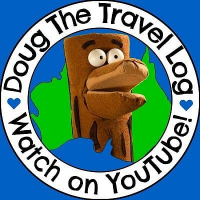 Hi - Newbie question - I do all my writing, arranging & mixing on a pair of DT-770s (I don't have a treated room to mix in, live in a very thin-walled apartment, and can't afford good studio monitors anyway.) I've noticed that while my compositions sound good on both pro and consumer headphones, when I play them through normal consumer-grade speakers they always have way more bass. For example, in this piece (https://www.youtube.com/watch?v=tBT8aAUb2MA) the LABS Soft Piano sounds great in headphones, but on regular computer speakers it's got so much low end that it distorts. I've tested many pieces from Spitfire, Jon Meyer, and others and they all sound great through these same speakers.

Admittedly I know very little about mixing. I've read articles and watched videos about mixing and EQ but they all seem to be tailored for people who already know what they're doing. Should I be doing some sort of massive EQ reduction on the low end? Any ideas would be much appreciated. Thanks!