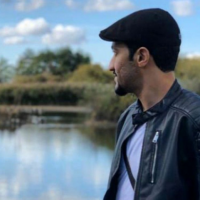 "Last Night" is a music price composed and orchestrated by me 😁

Using only the BBCso core

And i will be so glad to hear your feedback