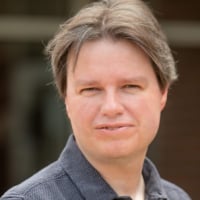 I know this is just being a bit anal but hey, I like things organized, particularly files on my hard drives. I find myself spending a lot of time cleaning up for the very inconsistent naming protocol for the default folders Spitfire's installer will create when you download and install a library. Furthermore I have found that if it's a library that uses their dedicated Plug in, moving the library works fine but as soon as they release an update, when you go to install the update, it will often mess up any organization I've done by hand. It will create another subfolder using their default folder name inside the folder I created for the library. If I try to handle creating a clean folder name when I run the install process, the app will just create their default folder inside the nicely named folder I created, making just one more unnecessary folder hierarchy. I guess it wouldn't bother me so much if Spitfire was consistent with their own naming. Some libraries create folders like "Spitfire Audio - Product Name", others just say "Spitfire Product Name". Some use caps, some don't, etc..

If they are a Kontakt library I can at least just clean them up and fix the file path in Kontakt or Native Access and it's usually a done deal. But when I've tried to do that for stuff like Abbey Road or BBC, etc.. when there was an update the Spitfire app made a mess in the folder I had created by hand, which then lead to confusion the next time it was updated again.

I guess I just wish that the app would let us create a new folder during the install and it wouldn't add another subfolder under that one. Let me specify exactly where I want the files unpacked to. But I also get that this could really screw things up for those that are not anal and just toss everything into a single Spitfire folder, or worse don't do any housekeeping at all. Maybe just take a look at making the locate function smarter. So when I clean up by hand, go to the Spitfire app and use the locate function, it's smart enough to keep track of that and not tack on extra folders when updating a library?

Or maybe I'm the only one that finds this annoying? 😉