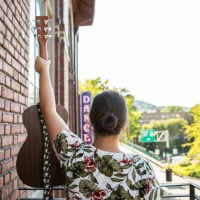 From cool, broken analog gear, to objects that make great sounds when hit the right way, what's your favorite obscure tool in your setup?

Mine is the Mason jar of rice I keep on my desk. It's provided me with a multitude of great shaker sounds in a pinch, and it's aesthetically pleasing to look at!