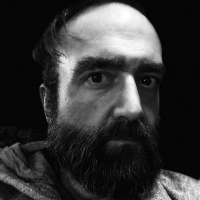 Just wanted to thank Charlie from Spitfire for immediately recognizing an end-user error and sending me the correct advice to resolve said issue.

I installed AROC and ART and then spent a day in frustration deleting and repairing and reinstalling ARO attempting to get it to recognize its own patch folder - it would load, but load nothing with no menu options available for instruments or patches in neither Logic nor Live. Oddly, when I put Live under Rosetta, ARO loaded right up - but I ran into issues with some other third party plug-ins. I spent hours… hours trying to figure this out before contacting Spitfire.

Charlie suggested I check my Spitfire app and make sure I was NOT in Rosetta mode and ‘repair’ AROC. Sure enough, it was under Rosetta - and after unchecking it, back in Native M-1, and repairing, everything is 100.

So, thanks again, Charlie!