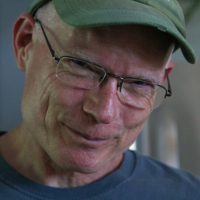 Discussion includes Dan’s collaboration with director Enrico Casarosa along with insights on scoring with ethnic instruments and an 82 piece orchestra to give the score the perfect Italian touch, transporting viewers to the 1950s-60s Italian Riviera where sea monsters masquerade as humans.

Our online events are all held on Zoom. A log-on link and password will be sent via email upon completion of your ticket order. Tickets to this event are free of charge.

All of ASMAC’s events are recorded, and your participation serves as your consent to be part of this recording. ASMAC reserves the right to rebroadcast this recording, as well as to offer it for sale in various media.

The American Society of Music Arrangers and Composers (ASMAC) is a registered non-profit 501(c)(3). Our mission is to promote the arts of music arranging, composition and orchestration within the music and entertainment industry and to the general public. ASMAC presents master classes, online events, scholarships and other programs for professionals, students, the entertainment community, as well as to schools and to the general public. Visit www.asmac.org for more info.