Why Do People Slate Behringer? 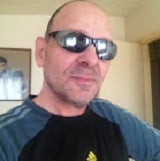 Over the years, i have owned loads of Behringer's gear from studio monitors, mixers, FX units, synths and so on and i have never had any problems with any of them.

Yeah, sometimes the quality may be a bit suspect but really, cost is a big issue with a lot of composers/musicians so where's the problem with them?